From the 15M International group of Sol in Madrid; 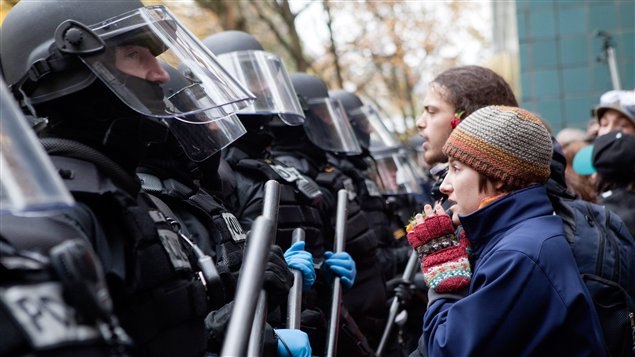 A History of Acampada Sol

A History of Acampada Sol

Acampada Sol in the third week

I have been emptying my summer jacket’s right inside pocket, the one that I marked as ‘archive’. A whole lot of material from the Acampada Sol came out of it, including the original maps.

I also went through some of my oldest dispatches. I have been covering the 15M movement since the beginning, but until after the end of the acampada I was exclusively reporting in Dutch.

So I translated my initial reports. It’s a first hand history of what happened in Sol. If you want the guided tour of the place, be sure to check out the June 11 entry: Acampada Soul.

Soon I’ll be back on revolutionary road. And if I find anything interesting, you will be sure to hear from me.

About a goat sheperd who suddenly finds himself in the midst of a revolution.

May 25 – Portrait of an Acampada

Your truly walks into the Communications office. He never left since.

May 27 – Catalonia is not Alone

Police clears the square in Barcelona by force to make room for football celebrations.

A girl from China comes by at Communications. We discover we have more in common than we think, if only we found the right words for it.

The movement expands into the neighbourhoods and villages. The first General Popular Assembly of Madrid convenes in Puerta del Sol.

Our comrades in Paris have been evicted from the Bastille. We march in solidarity to the French embassy. There’s a tempest in the air.

May 31 – Extending the Field of Battle

At Extension the echoes of our movement are coming in from all over the world.

Trying to capture a day of acampada, and to make a newspaper out it.

A homage to Puerta del Sol.

On audiovisuals and contemporary urban guerilla. Sol is under threat of eviction.

On the daily business of revolution. On Walt Disney.

On social media and liberty of action.

June 4 – Democracy from the Bottom Up

The interacampadas or National Assembly convenes in Sol.

On the press. On alternative roads to democracy, the Murcia case.

On sedition. Some free investment advice.

June 7 – Angel of the Revolution

On discouragement. On a girl with a camera who saves the day.

June 8 – The End of the Beginning

The assembly decides on lifting the acampada on June 12 with a great happening.

Parliament is besieged by surprise. It turns into a happy celebration.

A friend of mine comes to visit the acampada from Holland. On libertarianism and anarchism. On reasons for joining the revolution.

A guided tour of the acampada, the day before it disappears, ‘for the history books’. Original maps included.

The new city council is sworn in. And we don’t let it pass by without making some noise.

On the final day of the acampada, and the day after. On a square that is polished to shine.